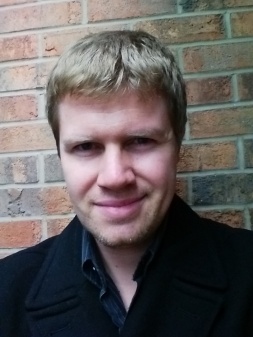 Joel Minty grew up immersed in fantasy novels, his favorites certain to weave sprawling macrocosms akin to The Malazan Book of the Fallen. At peace when creating worlds and the characters to walk them, he enjoys the genius of Bill Watterson, David X. Cohen and William Blake. Sometimes he thinks armadillos are quite the fanciful pet.

An English teacher by trade, Joel lives in Toronto with his wife, daughter and newborn son.

My debut novel Purge of Ashes barely avoided being published in April 2016, as the three-book deal I had been offered proved to not be in my best interest. Vast and immersive, it is about the scope of bravery, the lies of history, and the weight of grief—chronicling the mettle of young soldiers as their impact ripples from a dusty road all the way to the gods’ realm.

It was edited by author and Ragnarok Publications Editor-in-Chief Tim Marquitz. Beta reader Dyrk Ashton, author of the Patnerus novels, says it is “an amazing achievement and a really great book”, while Michael Baker, author of The Thousand Scars, says it has “the markings of a true masterpiece.” It currently seeks representation.

My article ‘Gardens of the Moon and “Difficult” Fantasy: Advice to First-Time Readers’ for TOR.com.

My ‘Superfan Interview’ for the online fantasy community Fantasy Faction.